Albert Chubak offers unique insights into raising bees and sustainability. He believes a beehive is first an incubator and lastly a honey production plant. It is essential through his eyes to know how to raise a queen. His system was developed around first understanding and learning cycles within the hive. Albert is a story-teller and loves to include stories into his lessons. He finds stories in everything he does and everywhere he goes.
Mr. Chubak migrated to Utah from the Canadian Prairies, where his heritage was in dry farming. He has more than 30 years of experience in construction and is a Utah General Contractor. He attended the University of Saskatchewan, University of Three Rivers in Quebec, University of Utah, and is an Alumni with the Golden Key International Honor Society. He is also a published author, publisher, and writer.
While keeping more than 250 of his own hives, he started a bee removal business that led him to many incredible experiences with retrieving bee colonies from inside walls of homes and ceilings. Some colonies had more than 100,000 bees. He has participated in hundreds of live bee removals in Utah and hundreds of thousands of people have seen his colony removals on local and national news programs and on YouTube. He was a Bee Wrangler for Spike TV.
He experienced what bees like in a natural habitat and what helps their colonies to thrive. With this knowledge, he started developing revolutionary beekeeping techniques and products and began educating others on better ways to keep bees. He continues to be an active beekeeping mentor to hundreds of beekeepers annually.
He served as the Program Director for both the Wasatch Beekeeping Association and the Greater Salt Lake Beekeeping Association. Later he served as president of the Wasatch Beekeeping Association and president of the Utah County Beekeeping Association. He served as the Western Apicultural Society Director for Utah for about 5 years and has served as a delegate for Utah at the American Beekeeping Federation for several years. His interests in beekeeping also led him to serve as the Utah Beekeeping Historian and the Eastern Apicultural Society Historian.   He was awarded a silver medal at the World Apimondia for beekeeping and his historical bee book library spanning from 1590 to 1900.

Always focused on development and education, he had an Eco Bee Box Hive at Research Triangle Park in Raleigh, North Carolina. His uniquely designed Eco Bee Boxes are in every state in the US and many countries around the world. Eco Bee Box was awarded the Most Innovative Company in Utah for Best of State 2014. He was also nominated in 2015 as Inventor of the Year in Utah. He was awarded the P. F. Thurber Award for Inventiveness by the Western Apicultural Society in 2017. In 2017 his mini hives were acquired by the USDA-ARS for research in a pollen study. In 2018 he traveled to Irbid, Jordan and met with hundreds of beekeepers and taught many beekeeping classes throughout the country. Videos of his equipment are in National Geographic and TV shows. He teaches natural beekeeping with high animal husbandry ethics. In 2018 he began writing for the American Beekeeping Federation magazine and is a writer for the Bee Culture magazine.  He has produced his own publication that was awarded Most Innovative by the Western Apicultural Society.  Currently he is producing a ground breaking publication that should be available later this year entitled "Do You Speak Bee?"

He believes that his equipment makes it possible for even young children, those with handicaps, and seniors to enjoy beekeeping. The youngest to naturally raise her own queen and raise a colony was 5, the oldest was 89. He feels his Mini Urban Beehive (MUB) is the only "training wheels" available for beekeeping. His beehives are gorgeous and simple to use. These unique hives truly enable beekeepers to be sustainable, which today most are not. 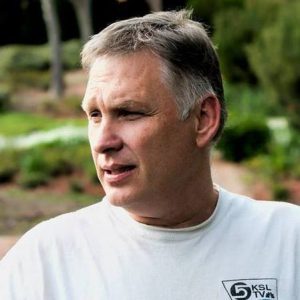 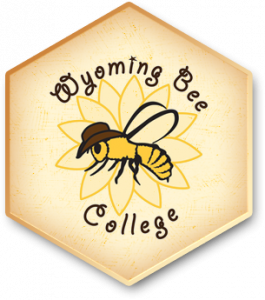 On March 20th - 22nd Eco Bee Box will be attending and speaking at the Wyoming Bee College in Cheyenne, Wyoming.  The pre-conference workshop on Friday features multiple education options. The conference Saturday and Sunday features 2 keynote speakers, a panel discussion, and 6 class tracks. Track topics are 1) become a beekeeper, 2) learning curves, 3) who are they, 4) queens and more, 5) build a better world for bees, and 6) bee fun. Speakers include Phil Craft (of Ask Phil), Dr. Jamie Ellis, Scott Debnam, Reyah Carlson, Albert Chubak, and many more.

Open to everyone interested in bees, beekeeping or gardening for bees. Register here.

Al Chubak has been a great resource to the beekeeper and beekeeping community.  He is always seeking knowledge to improve his understanding from the past, present, and looking forward to future events.  When he has been asked to present to an association, he attracts more people than the norm that would attend a meeting.  People are attracted to him.  You can tell from what he has built up is that he is very creative and hard-working person.
– Sam Wimpfheimer,  Former President of the Utah County Beekeepers Association

I have been a beekeeper for the last six years.  I have had several mentors and have even become one, these last 3 years.  As I have learned more, I have become quite aware of how little I really know.  Joining organizations, talking with long time beeks and seeking out ‘authorities’ on local beekeeping practices and concerns has led me directly to Albert.

I have attended some of his lectures and presentations and am amazed at his ability to retrieve information and process it scientifically.  He then has the ability to share this ‘science’ in a language that doesn’t confuse and allows us to assimilate the information and it becomes ‘ours’.  Plus, he is pretty entertaining as well, which goes a long way.  I am certain that Albert doesn’t know my name (likely my face), so this is an endorsement that is more professional than personal.  He takes his role as a supplier and explainer very seriously in an affable manner.  Working with Beeks is a bit like herding cats; they go their own way and don’t usually take instruction very well.  Albert has a way of overcoming that; indeed, in some nefarious way, he uses it to his advantage.  Quite the clever guy.
– Andy Monaco