A few ageless lessons of life and realities of a US Patent. 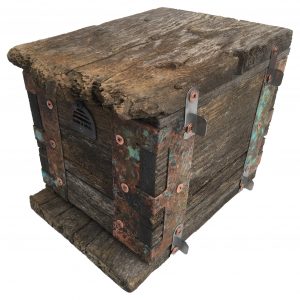 As a beekeeper and a small-time historian, lessons have appeared regarding the downfalls in beekeeping regarding methods, tools, equipment, & manufacturing. It doesn’t take much to see, as a new idea is presented at a conference one year is reproduced by many from around the world the following year.
Patents are not what they pretend to be. A patent is synonymous with protection, right?  First, it takes many thousands of dollars to patent an invention in our modern day only to have another modify it slightly and poof another patent. Or, it is modified slightly and claimed as a “new invention”. Still, yet other companies ignore the patent rights altogether as legal rang-lings follow pushing the inventor to poverty or bankruptcy. In the end, the person who looked out-side-of-the-box gains nothing except high blood pressure, depression, and poverty.
Lorenzo Loraine Langstroth sadly has shown those since who are looking out-side-the-box the thorny path he ultimately had to hoe. This amazing man left teaching an all girls school in Massachusetts to recover from depression, and devoted his energy to the amazing crawling insect – honey bees. There were few contemporary books written in America at the time of Lorenzo with a focus in apiary science, luckily all of them were close to where he lived. The Dadant collection claims his first bee book was written by Jerome V. C. Smith in 1831 in Boston. Mr. Langstroth spent many unaccounted hours in trying to understand bees. Eventually, he learned bees create uniform bee-space of 3/8″ of an inch, which could be used to the beekeeper’s benefit. By the 1850’s hives fashioned with this new understanding were crafted. His first hive utilized glass panels, another a long-box, and so his journey went. His mind clearly encapsulated a new concept and everything fell into place, while other beekeepers continued to develop out-of-date ornate sliding comb drawer hives. 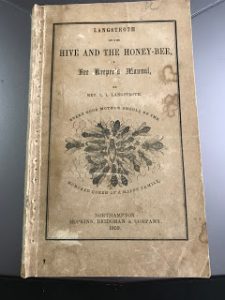 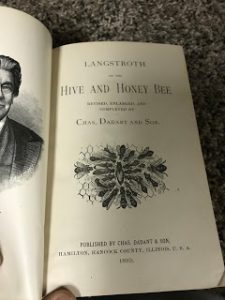 Today we look at Lorenzo Langstroth as a legend, but in his day he was deceived and literally robbed by others trying to keep up. Some would travel and learn with him, and pose as friends, only later to develop hives based on his beekeeping epiphany. Kidder, King and others sought to capitalize off of Lorenzo’s finds, with many lawsuits following. These legal contests left this amazing man destitute and by the 1880’s with failing health, sold his written publication to Chas Dadant. Without Chas Dadant perhaps Lorenzo would have died in complete loss financially and hope exasperated. 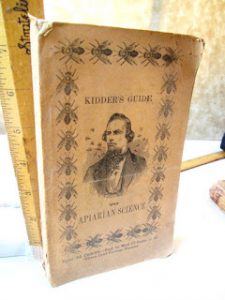 From this basic history, we learn inventions take money to protect and maintain. Creating something new and claiming it is yours, “prove it” is the reaction of many followed by “defend your rights” then! Our day is survival of the fittest in business, perhaps it was during poor Lorenzo’s day too.
Well…similar to Langstroth’s time, others will try to capitalize however the inventor had to field the thousands of concerns over the years on “if” it could work and “how” does it work. So many calls, losses, time, articles, development, and redesigning, it is hard to put a price nor time associated with it.
The bee industry is no longer a neighborhood thing, nor even regional, but global. If you go back to the lessons from Langstroth, “why” did his hive win the 19th-century contests of hive evolution? Others were more ornate, larger, smaller, etc. Simple answer really – his was the simplest to reproduce and honey harvesting could wildly increase, opening the door to 20th century pollination and commercial honey production. This same challenge still exists in beekeeping – “simple”. If the invention is simple, others will replicate it and then the R&D costs can not be recovered and destroys all desire for further out-of-the-box ideas. We have seen industry changing ideas capitalized on by others leaving the inventor with little or nothing. 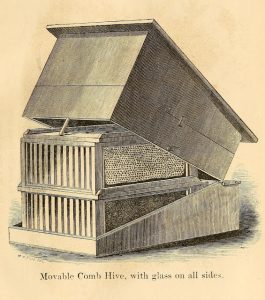 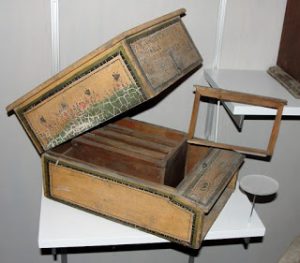 Beekeeping ethics have not changed since Langstroth’s invention of the modern hive in 1852. If an invention can be made in a shop, office, or manufacturing setting relatively easily, many are quick to replicate rather than purchase. Guess this practice exists in duplicating movies and music, designs of homes, cell phones, cars, etc. A beekeeper who is an avid writer and publisher in a conversation stated if he could changed the content of a publication 20% he could republish it as his own without giving reference! Essentially it is permitted theft.

Today, if it is difficult to replicate the chances are better few if any will copy it. Still, others will try to simplify it and again competition or hard feelings will occur. If you didn’t create the concept, give credit to whomever did. Support those that are taking the time, money, and effort to evolve the next generation of anything.

In beekeeping, nothing has been done to evolve equipment to teach children, or adapt for urban / apartment dwellers, or those who are more interested in pollination gardens, or equipment essentially designed as training-wheels for beekeepers – but we have.  We have opened the door to solving these 21st century issues in beekeeping.
It is tragic we can’t go back and give Lorenzo Langstroth what he deserved – a bit of money and peace. Imagine what more he could have done! 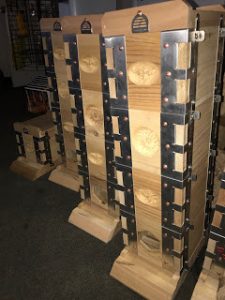 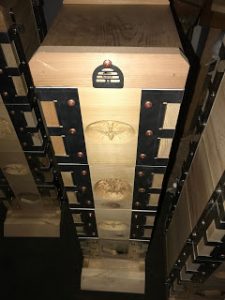