When can you inspect in spring?

If the bees are flying, you can go into it. Temps over 50 are okay for peeking or pulling a frame. Full inspections should wait until it is above ’60s. The critical and immediate concern is overcrowding. Carnies will swarm faster than Italians. Clean off the bottom board if layered with dead bees.  Scrape off burr and bridge comb, and excessive Propolis.   Remove obstructions from all entrances.

If your colony failed over the winter, try to assess why.

Too many beekeepers take colonies into winter with not enough bees to fill a box.  If the colony is spread out over multiple frames and can’t recluster the bees end up sharing the heat through the frames. As a result they don’t move away from their heat source even though food is to the left and right and above and below them and ultimately starve. You inspect and think, they had food, why did they starve?  They were too small of a colony in too big of a box/frame. Our trick for this is before you close the bees up in fall, drill a 3/4″ hole in the center of all your frames.  This way the bees can migrate to rejoin the cluster. 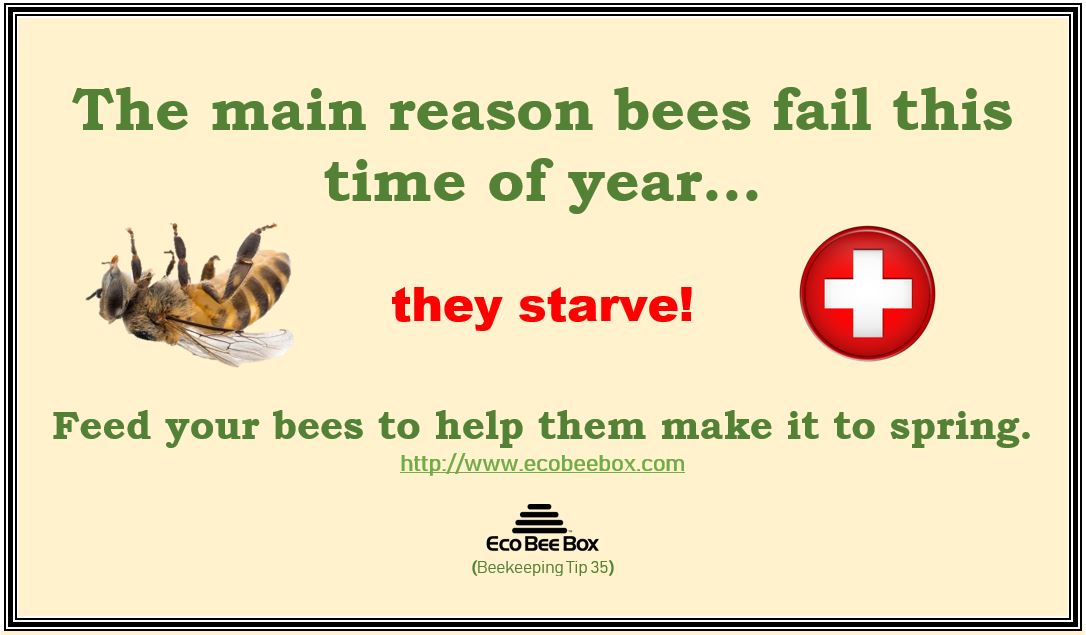 If you are lucky enough to have your large box Langstroth hives survive winter, you can lose them in spring by failure to inspect soon enough.

Remove last year’s honey stores so the bees can expand.  Check for mites. Add boxes.  Assess diseases.  Free up space for bees to grow.  Understand the race traits and behaviors your bees possess.  Assess the location/placement of hives.  Determine what your experience level is in relationship to colonies cared for.  Determine if the forage was suitable.  Access your losses and if they were above or below average.  Can you accept the losses you experienced? 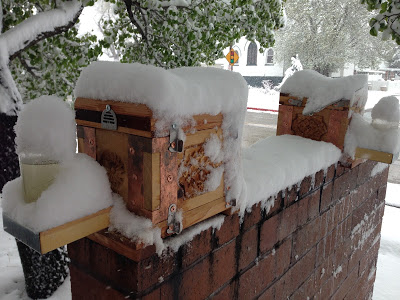 During warm days during winter, bees may have been flying. You might think, where were they going? Honey bees are the best recyclers of discarded sugars on the planet so they go everywhere to find it. Failed colonies are located in winter and their stores robbed. If the stores were plagued with disease, then the robbing colony will have it. Inspections in spring include looking at brood to see if you have concerns about American Foul Brood (AFB).

If your colony died in fall, in winter, in spring…look for clues for why.  Most colonies show answers to why.  Heads in cells show starvation.  White specs in cells are mite poop…lots of poop is a sign of winter struggles.  Bees on the bottom board may show they lost view of their entrance and humidity increased too high.  Mold shows a lack of ventilation.  No food stores, well that is death for sure.  No bees at all, absconding…which is a defensive behavior.  Brown spots and streaks on the outside of the hive box…dysentery or nosema.  Try to isolate areas of concern.

During spring issues with warm and cold spells may show brood death and dried out eggs.  Some feed in spring to get the bees through the last of winter.  Once you start feeding (due to lack of honey stores), you need to continue until spring blossoms.  Moisture though can cause problems, so keep it ventilated…meaning keep your bottom entrance clean and top entrance open.  If bees are bringing in pollen…babies are being reared.  Feeding in late winter can be crystallized sugar and fondant which also absorbs moisture.  Early spring can be 50:50 water sugar ratio if it is close enough to spring build up.  Adding a cap full of vitamin supplements to their feed (Complete Bee, VitaBee, Bee Healthy, etc).  Many argue about feeding, but if they need it, it is responsible of you as a beekeeper to provide it.  If bees have food, they build wax, if the wax is formed more babies can be laid, more babies equal larger colony, larger colony leads to the potential of greater success.  You need vitamins even though your tummy gets filled, same with the bees.  Not all nectar and pollen are equal in nutritional value.

Consider splitting colonies that over-wintered and are strong.  This will aid in reducing mites as a walk-away split will break the brood cycle during the time the colony raises a new queen, thus also breaking the mite cycle. Limited space for mites to incubate leads to fewer mites.  So consider allowing the colony to rear their new queen.  Rearing a new queen is a great practice unless you are in Africanized Honey Bee (AHB) areas.  Learn the limits and concerns for the area you have your colonies in.

Queen Cells on Your Frames During Inspection

If you have capped queen cells on your frames…you inspected a bit late. There is a high likelihood that the mother queen is already gone.  Many beekeepers jump to the conclusion that it is in their best interest to kill all the queen cells so the mother queen stays home and add a box.  Wrong answer.  If you kill those queens and the mother queen is gone, your colony most probably will end up with “laying workers”.  You may reduce the number of queen cells to 5 or less.  You may separate multiple frames with queen cells into a nuc box to start new colonies.  If the queen cells are not yet capped, try to locate the queen on a brood frame and separate her into a nuc box with a couple of other frames (no queen cells on them but preferably all with brood).  Consider removing full honey frames to allow for work to continue.

Colonies that have made it to the second season have risks of high mite counts early thus require mite control.  New beekeepers are usually unfamiliar with mite control so the chance of failure is high.

Albert Chubak was asked years ago when he started beekeeping “what is your hive threshold?” which meant: what are you capable of caring for?  This is a question that needs serious attention before acquiring too many colonies.  Bees are living creatures that can be abused. Be Responsible. Learn while you have a colony or two. Lessons are hard to take when we grow too fast or lose too fast. Lessons can include disease which can cause complete apiary loss. Or, swarming / absconding which is the bees saying you are not keeping up. Or, being overwhelmed. Or, crash learning that is only emergency training that could have been prevented.

Your bees, in a sense, look to you to be their protector